Lángos, this traditional Hungarian street food, is slowly conquering the whole world, the number of its fans is increasing day by day. Lángos is a fried dough that can be bought in every corner of Hungary, but it’s also available in the Hungarian-speaking regions of Romania, Slovakia and Serbia. Some assume that it appeared in the Hungarian kitchens during the Turkish occupation, according to other opinions it has an ancient Roman origin.

In the old times bread was baked weekly in almost every households, and a piece of bread dough was cut off to make lángos. Lángos was originally baked in rick-shaped oven with bread loaves together and it was served fresh for breakfast. After home bread baking had gone out of fashion, the preparation of lángos changed, and nowadays it’s deep fried in oil or lard.

Lángos is eaten fresh and warm with different toppings, the most popular ones are garlic-and-oil sauce, sour cream and grated cheese, but lángos can also be stuffed with sausages, mushrooms, ham or fried cabbage. Lángos can be bought mainly on the markets and in snack bars, but it can be easily prepared also at home.

What is it like to be in Budapest on NYE 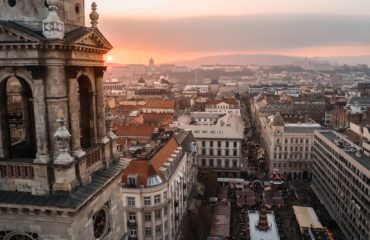 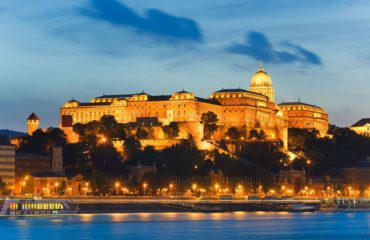 8 things to know about Budapest