One of Budapest’ s specialities are of course the baths. No wonder why this also means that the Budapest New Year’s Eve bath party at the famous Szecsenyi Bath is in demand.

We have some good tips to those who wouldn’t like to go wild on NYE but still want to celebrate in good company. Enjoying a thermal spa on New Year’s Eve is one of the best New Year’s Eve options out there. Night bathing at one of the famous spas in Budapest at NYE is a fantastic program if you’re spending the night with good friends.

Would you be interested in spending the first and last hours of the year on one of these special events, in a spa? Look no further, because below you will see a little list of recommendation when it comes to such programs! Budapest New Year’s Eve Bath Party
Here are a few advices: do buy the ticket in advance, because it is guaranteed that they will sell out soon. Make sure to have something on, as they are not like German spas, where the dressed code is naked. 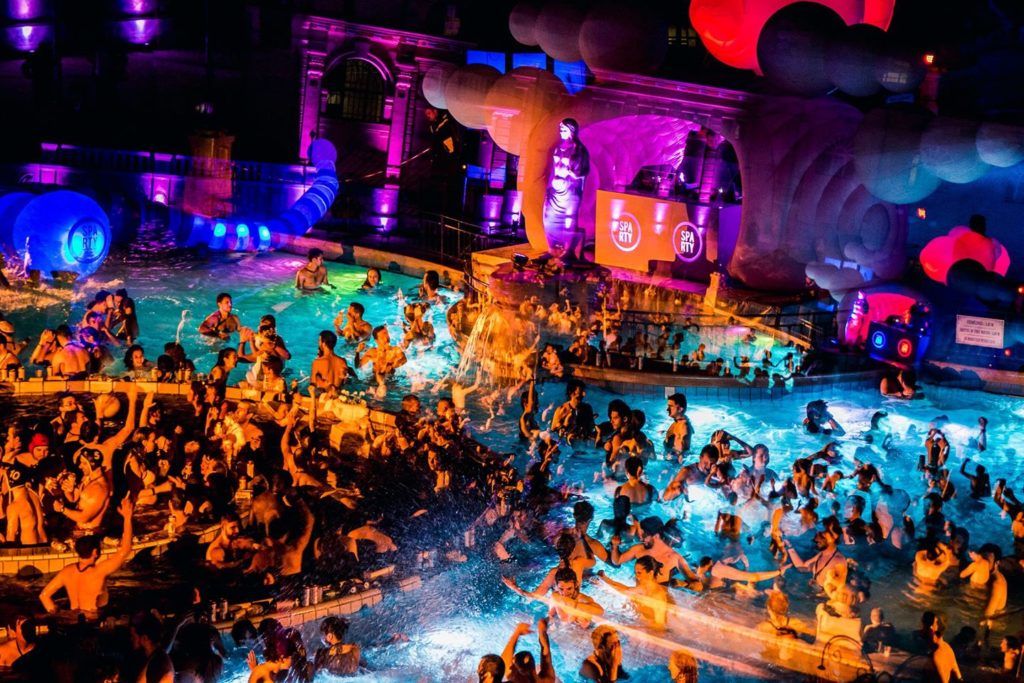